What would it take for you to win more than 100 regular season games in a row? To be the winner in over 100 straight competitions?

Imagine that! Talk about mental toughness!

Few athletes or teams have accomplished this in their career. The first team that comes to mind is 3x Olympic Gold Medalists Misty May-Trainor and Kerri Walsh: The most winningest team in sport history.

I am proud to say that a team that I’ve worked with for the past two seasons – the Humber College Hawks Volleyball Team — did just that as they completed their regular season by capturing the (Ontario) provincial gold medal. 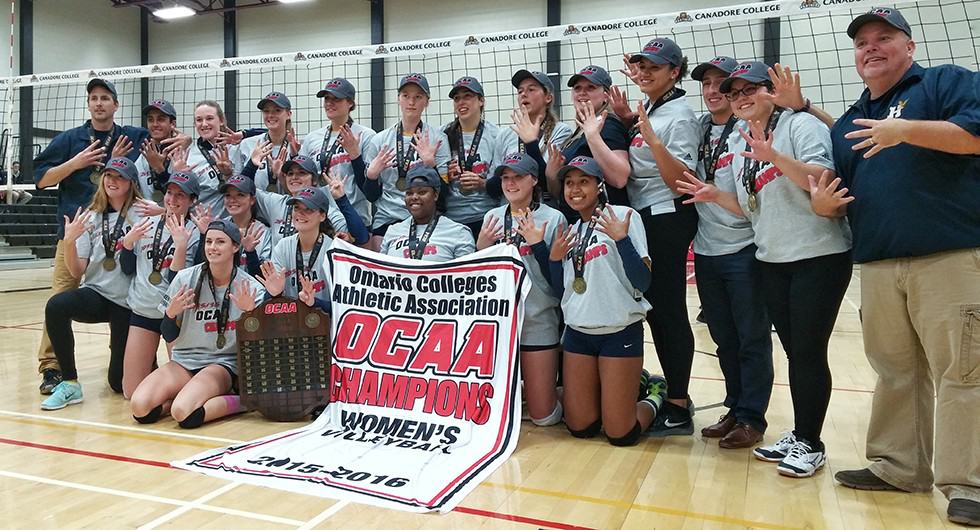 At the end of their gold medal victory, the Hawks had won 105 straight games and won 9 straight Provincial Championships. Tomorrow (March 11 2016) they start their run towards a national championship gold medal.

Two of their graduating athletes were live on Breakfast Television last week. Check out what they had to say about the accomplishment: click here

When I asked Hawks 5th Year Captain, Thalia Hangman, what wisdom she wanted to share with you, she shared the following:

Having worked with the Hawks, here are the Top 3 reasons why I say they’ve achieved this result.

The Hawks bench is very deep: Anyone could play on any given day. This has created an intense practice environment that’s sometimes more competitive than their games. Combine that with expert coaching by Chris Wilkins and his crew, and you’ve got a hotbed for talent production.

According to the The Talent Code: Greatness Isn’t Born. It’s Grown. by Daniel Coyle

, these sort of training environments where you’re pushed to the edge of your ability are the breeding ground of the best athletes in the world. By pushing yourself outside of your comfort zone, you are more rapidly able to develop new skill patterns in your brain.

The Hawks are a family. And like families, they have it out every once and a while. They are willing to speak their mind and have tough conversations because of their love and commitment to their team, to their family. They hold each other accountable for their performance. At the end of the day, it’s all for the betterment of the team.

3. A Commitment to Mental Toughness

Led by their coaching staff and captains, the team has embraced their mental toughness training.

One of the hardest things for any team is playing against those teams who are less skilled than you – what you tend to do is to play down to their level. It takes even more mental toughness to compete against lower ranked teams and win, then it does to do so versus those teams at your ranking. This wasn’t always easy for the Hawks, yet they came up victorious each time.

Next week, I’ll share with you one of the top mental toughness tools I taught the Humber Hawks this season, so stay tuned . . .

Congratulations Hawks. We’re all rooting for you this weekend as you go for gold!

PS. Keep tuned to your email as we have just finished creating some amazingly effective tools, products and programs to boost your mental toughness, so you can have the same success as the Humber Hawks. You might have seen a couple of message from us already. If you missed it, check out this new performance ebook.